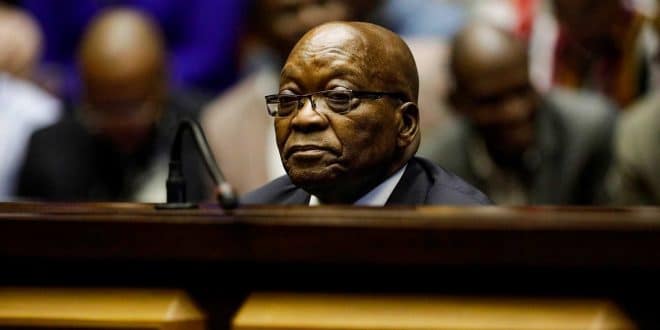 Former South African President Jacob Zuma did not appear for the resumption of his corruption trial, citing health problems.

Police have closed several roads to the public around the Pietermaritzburg court as the corruption trial of former South African President Jacob Zuma resumes on Monday, the BBC reports.

He says the charges are a witch hunt by political rivals.

On Sunday, Mr Zuma said he was pursuing a private prosecution to try to remove the lead prosecutor, accusing him of bias.

Last month, the Supreme Court rejected an offer to have the prosecutor withdraw the case.