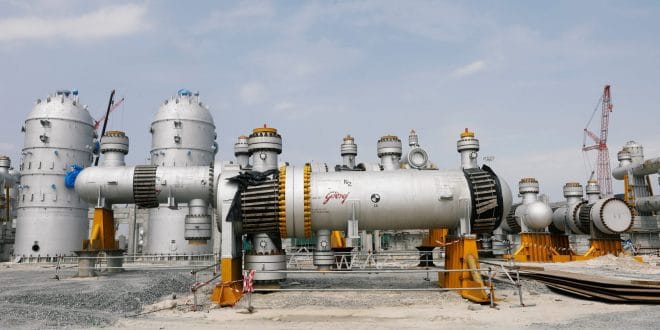 The Dangote oil refinery under construction in Nigeria is expected to start production by the fourth quarter of 2022, group director Devakumar Edwin said on Sunday.

“75% hydraulic testing … as well as 70% of electrical cable fitting have been completed preparatory to the completion of the refinery in the fourth quarter of this year,” Edwin said during a site tour with Nigeria’s Information Minister Lai Mohammed.

Mr Edwin said the refinery has 4.74 billion litres storage capacity and 75% of products will be moved by sea within Nigeria.

Africa’s richest man Aliko Dangote said in January he expected his oil refinery project to begin production by the end of the third quarter and reach full capacity by early 2023.

Although Nigeria is Africa’s largest oil producer, it is almost entirely dependent on fuel imports.