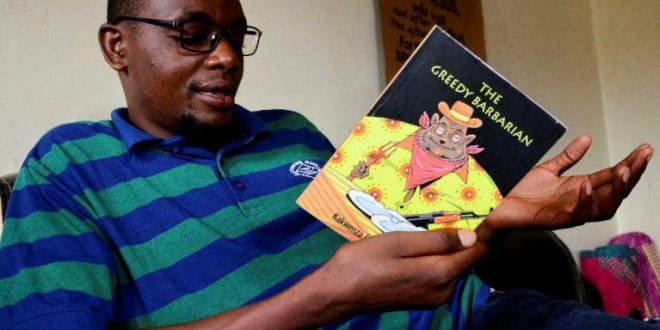 A Ugandan court on Wednesday issued an arrest warrant for Kakwenza Rukirabashaija, an international award-winning author who fled to Germany last month.

Kakwenza Rukirabashaija was arrested at the end of December and held for almost a month before he was charged with communications offences related to tweets that criticized President Yoweri Museveni and his son Lt-Gen Muhoozi Kainerugaba.

He fled to Germany to seek treatment for injuries he said were inflicted on him during torture by security personnel.

The writer is best known for The Greedy Barbarian, a satirical novel which describes high-level corruption in a fictional country, and Banana Republic: Where Writing is Treasonous, an account of the torture he was subjected to while in detention in 2020.