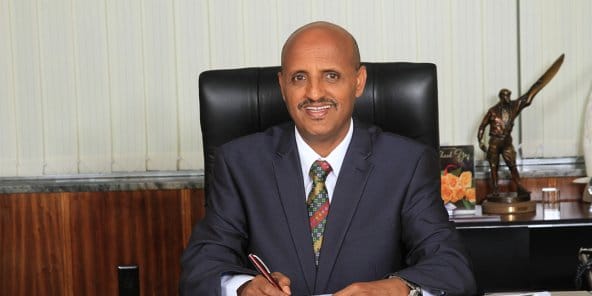 Tewolde Gebremariam, the Chief Executive Officer (CEO) of Ethiopian Airlines, the African largest carrier, is stepping down from his post, the company has announced.

Mr Gebremariam, who led the airline for 11 years, during which the company experienced significant growth, resigned due to health issues.

The company said he was taking early retirement because of health issues, explaining that he had been getting medical treatment in the US for the last six months.

“Under his leadership the carrier had grown four-fold,” the company said.

The carrier also praised Mr Gebremariam for leading the airline into profit during the coronavirus pandemic.