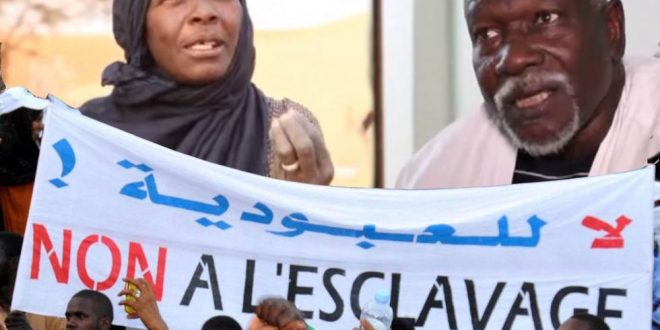 More than 1,000 anti-slavery campaigners from across West Africa are meeting in Mauritania at a time when there is a renewed effort to eradicate the practice.

In a rare public comment on the issue, Mauritania’s human rights commissioner told delegates that fighting the practice was a constant and irreversible priority for the authorities.

The subject is rarely discussed publicly in Mauritania so for an anti-slavery conference to be hosted in the capital Nouakchott is a breakthrough.

It was the last country in the world to abolish the practice in 1981.

But it has remained rooted in Mauritanian society with thousands of women and children from the Haratin ethnic group still living in slave-like conditions – as bonded labourers for Arab-Berber families.

Under successive governments more anti-slavery campaigners were being locked up than slave owners.