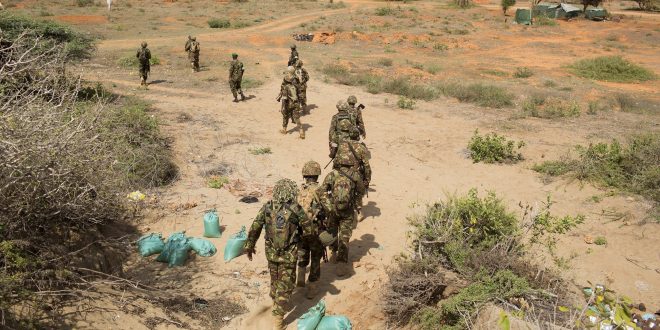 More than ten Kenyan soldiers died and five others injured in an attack by Al-Shabab fighters in Gedo region, near the Kenya-Somalia border.

It comes after their vehicle ran over an improvised explosive device(IED).

Officials have yet to reveal their names, but a former Kenyan presidential candidate said on Twitter that his younger brother was among the dead, the BBC reports.

The al-Qaeda-linked al-Shabab group, which has carried out similar strikes against civilians and security convoys, carried out the attack, officials said.

The soldiers killed were part of the African Union Mission in Somalia (AMISOM), the troop that helps the federal government fight Islamist militants.