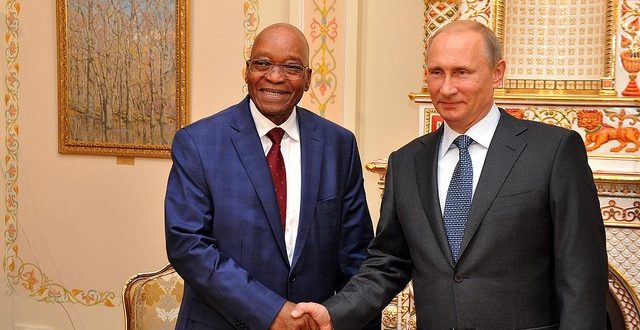 Former South African President Jacob Zuma has thrown his support behind Russian President Vladimir Putin in the ongoing conflict in Ukraine, describing him as a man of peace.

Mr Zuma said Putin’s decision was “justifiable”, according to a statement released by his foundation on Twitter.

“We all need peace in this world. Therefore we would like to urge those involved to bring peace as swiftly as possible so that lives can be saved,” the statement said.

The international community has condemned the invasion of Ukrainian territory by the Russian army, calling on Vladimir Putin to stop the operation in the name of humanity.