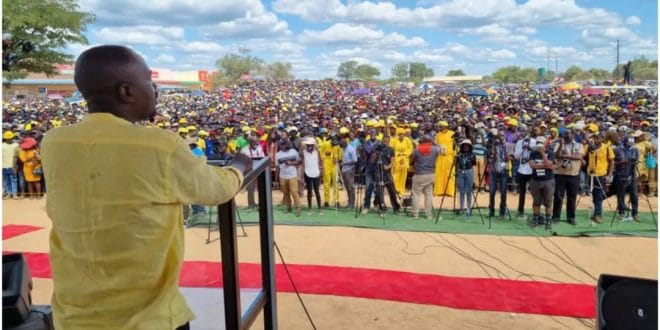 A group of gunmen attacked supporters of the opposition Citizens Coalition for Change (CCC) party in Zimbabwe, killing one and injuring several others on Sunday, local media reported.

Although the CCC rally had the approval of the High Court, police used tear gas and water cannons to disperse the crowd.

The party blamed President Emmerson Mnangagwa’s supporters for the violence, a charge the ruling party rejected.