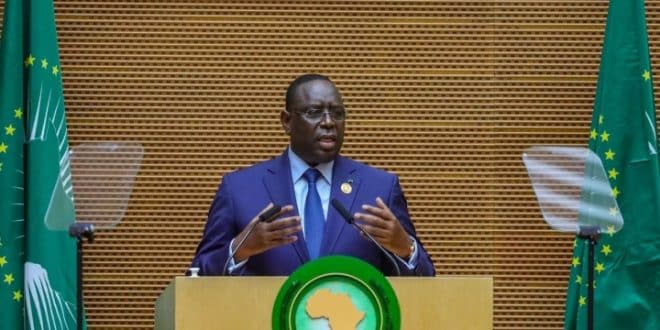 The African Union (AU) has expressed concern over Russia’s invasion of Ukraine and calls for an “immediate ceasefire” to avoid a “planetary conflict”.

The institution’s chairman, Senegalese President Macky Sall, and AU Commission chairperson, Moussa Faki Mahamat, said in a statement that they were “extremely concerned” about the invasion.

“They call on the Russian Federation and any other regional or international actor to imperatively respect international law, territorial integrity and national sovereignty of Ukraine,” the statement added.

Russian President Vladimir Putin on Monday launched a military operation against Ukraine which he said aims to “demilitarize and denazify” it.

UN Secretary General Antonio Guterres has urged President Putin to call on his troops to return to Russia “in the name of humanity”.

Ukraine says dozens of people have been killed, while thousands have fled the country.