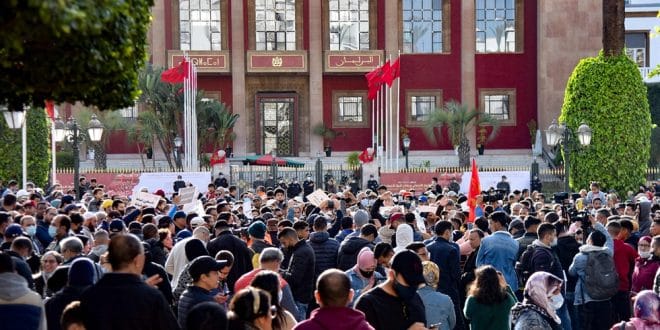 Thousands of Moroccans took to the cities streets on Sunday, to demonstrate against rising prices and to commemorate the 11th anniversary of the launch of a major reform movement.

Thousands of people demonstrated in the Moroccan cities of Rabat and Tangier, to protest against rising prices and to call for the release of political prisoners.

Many speakers addressed the crowd and lamented that none of their demands for social justice, gender equality among others, had been achieved in 11 years.

February 20 was a pro-reform and anti-corruption group born out of the Arab Spring uprisings that rocked the Middle East in 2011.

A similar campaign was carried out on social media platforms under the hashtag “no to price hikes”.

The Moroccan economy has been hit hard by drought and the coronavirus pandemic.