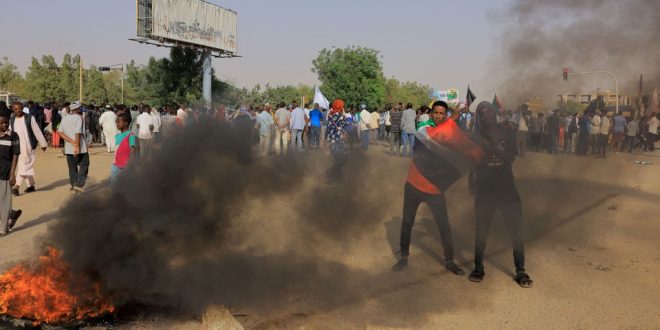 Ibrahim AMED 15 February 2022 Africa, Horn of Africa, In the news, Politics and society Leave a comment

At least two protesters have been shot dead as security forces confronted crowds marching in Sudan on Monday demanding the release of prisoners and an end to military rule, Reuters reports.

Across the River Nile from Khartoum, soldiers fired teargas to try to disperse people who approached the disused parliament buildings in Omdurman and got close to a key bridge.

The military and police say they allow peaceful protests, that members of the security forces have had to defend themselves and that casualties are being investigated.

Protesters are calling for the release of three politicians, members of the previous civil-military government, recently arrested.

More than 80 people have been killed since the protests began.