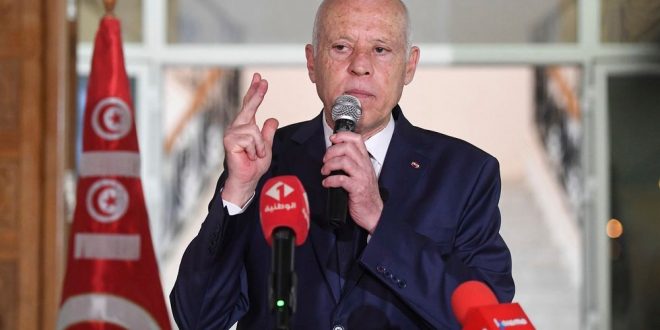 Tunisian president Kais Saied cemented his grip over the judiciary on Sunday with a decree that lets him dismiss judges or block their promotion, helping consolidate his power after he seized executive authority last summer in a move his foes call a coup, Reuters reports.

President Saied outraged his opponents and alarmed democratic foreign allies with his announcement last week that he was dissolving the Supreme Judicial Council, a body that guaranteed judicial independence.

Several thousand people took to the streets of the capital Tunis on Sunday to protest against the measures.

“Shut down the coup… take your hands off the judiciary,” some chanted as they gathered in central Tunis.