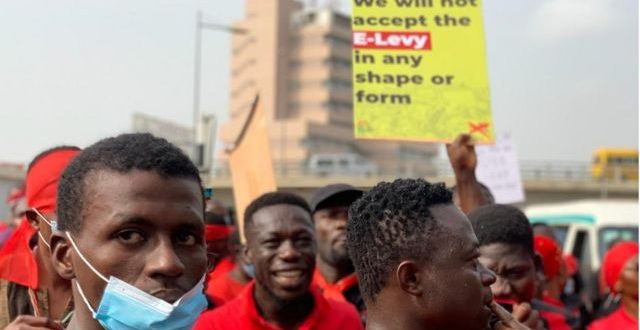 Thousands of Ghanaians took to the streets of the capital Accra on Thursday to demonstrate against a controversial government-sponsored electronic transaction tax bill.

The majority leader Osei Kyei-Mensah-Bonsu said the bill was the basis for several estimates in the 2022 budget, which parliament had approved.

The opposition has described the tax as “daylight robbery” and pledged to scrap it should it assume power in the next elections.

The government says the levy will help it deliver crucial services and improve infrastructure, but critics say it will raise the cost of living.