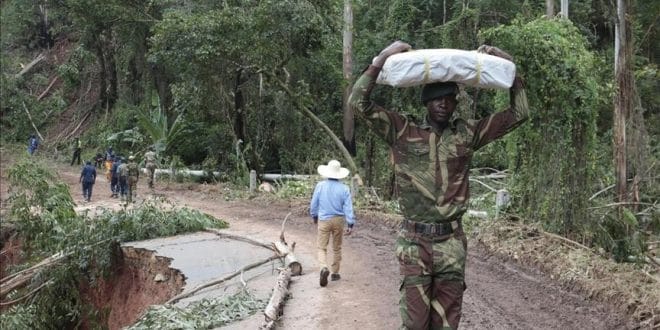 The government in Zimbabwe has warned that six cyclones may hit the country during the current rainy season. July Moyo, the local government minister, said measures had been put in place to warn and protect lives and property.

“Lessons had been learnt from previous cyclones that had affected the southern African nation,” he said.

The meteorological department had predicted the cyclones would make landfall, but their strength could not be confirmed, he added.

Zimbabwe, which is about midway through its rainy season, was affected by Tropical Storm Ana last month, though a subsequent tropical cyclone to hit Mauritius and Madagascar – Batsirai – did not cross over into mainland Africa.