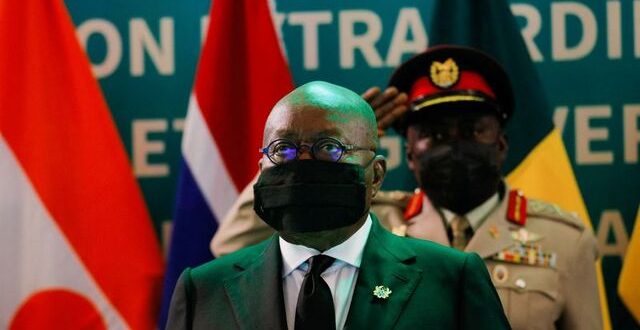 Ghanaian president Nana Akufo Addo has warned that West Africa is in great danger as a result of recent coups in the region.

At a key meeting of the Economic Community of West African States (ECOWAS), Nana Akufo-Addo who chairs of the regional bloc described last year’s military takeover in Mali as “contagious”.

He said there was a need to respond collectively and decisively to stop the trend from devastating the entire region.

The Ecowas meeting in the Ghanaian capital, Accra, was called in response to last month’s coup in Burkina Faso.

Adding to the region’s turmoil was a gun attack on Tuesday on the president of Guinea-Bissau, Umaro Sissoco Embalo. Officials described that as an attempt to seize power.