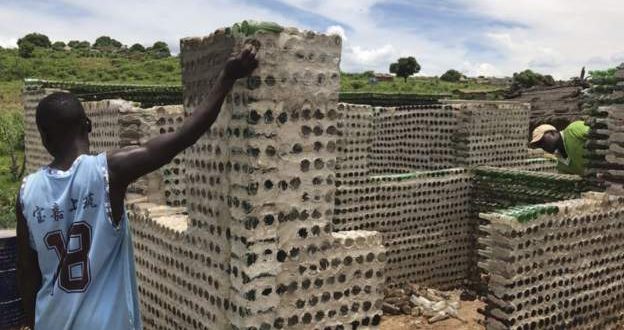 Mozambique: Using recycled bottles to build a home for the homeless

Recycled bottles are being used to build houses for people who lost their homes in flooding in central Mozambique, local media report.

The project, funded by Tearfund, will last for three years.

The homes will be some of the first ecological houses in that part of the country. Two have already been completed in the district of Gondola in Manica province.

“The church cannot live on the gospel alone. We saw that we could do something to give a smile to those people who are suffering and we decided to do a campaign and seek support for the construction of houses,” he said.

Virgílio Jambo, a health and sanitation official in Gondola municipality, said the project would help clean up the village in addition to solving the housing problem