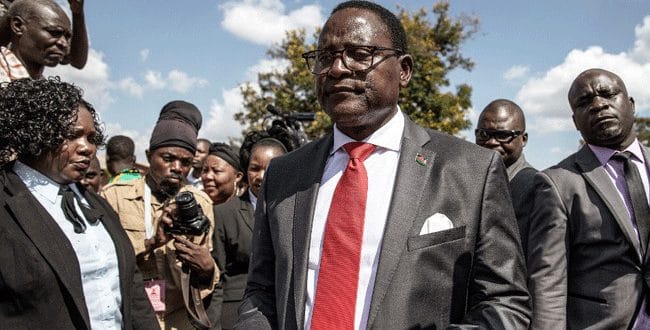 Storm in Malawi: President Chakwera alongside the victims

Malawi President Lazarus Chakwera has made a decision in favor of those hit by Storm Ana. In fact, he ordered the reconstruction of roads and destroyed houses.

At least 30 people are known to have died and many others are still missing, reports say.

Residents of the village of Thabwa – south of the commercial capital, Blantyre – who lost their homes told President Chakwera they’d never experienced such a disaster before.

International aid organisations have put up shelters to accommodate all those in need of help, and President Chakwera has ordered the immediate reconstruction of homes and roads.

The devastation is visible in most affected areas with crops, homes and even bridges destroyed.

Storm Ana has killed more than 80 people across the countries of Malawi, Mozambique and Madagascar.