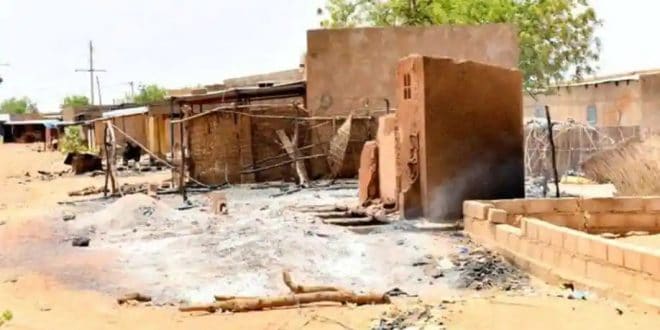 Thirteen civilians have been killed in Burkina Faso in two separate attacks by suspected Islamist militants, the BBC reports.

Eleven people were killed in a raid on a village by heavily armed men on motorbikes, and two volunteers working with the army’s anti-jihadist force were killed in the second incident.

Both attacks occurred on Wednesday in the country’s Centre-North region.

Burkina Faso has been struggling with jihadist attacks since 2015, when militants linked to al-Qaeda and the Islamic State group began mounting cross-border raids from Mali.