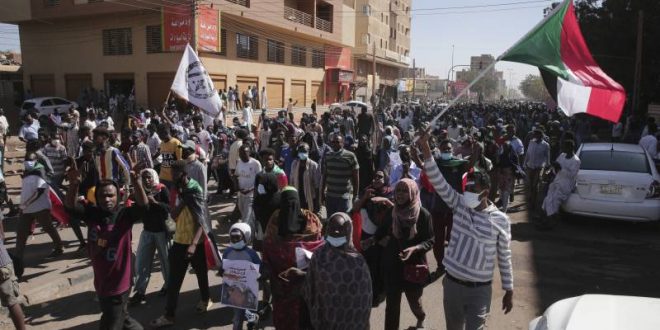 At least four people have been shot dead in Sudan while demonstrating against the military regime, the Central Committee of Sudanese Doctors said on Friday.

Security forces had fired tear gas and stun grenades as protesters marched through Khartoum and the neighbouring cities of Omdurman and Bahri towards the presidential palace on Thursday.

Police said in a statement that four people were killed in Omdurman, and 297 demonstrators and 49 police forces members were wounded nationwide in the protests, which involved tens of thousands of people.

Al Hadath TV quoted an adviser to military leader Abdel Fattah Al-Burhan as saying the military would not allow anyone to pull the country into chaos and that continued protests were a “physical, psychological, and mental drain on the country” and “would not achieve a political solution”.