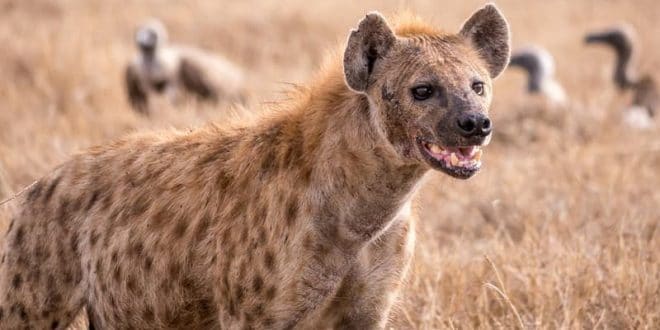 Kenya: two people killed by a pack of hyenas

Two people were killed by a pack of hyenas in Kamuthi, a village about 50 kilometers east of the Kenyan capital, Nairobi local police said on Tuesday.

The pack, made up of around 20 animals, first attacked a man in the village of Kamuthi, near the town of Thika, as he was returning from his job in a nearby quarry. A man accompanying the victim managed to “narrowly escape” the attack by the hyenas, local police said on Twitter. Just 24 hours later, residents discovered a bloodied skull on a nearby farm.

“The police and the environment services went to the scene and confirmed the incident, after finding a skull, bones and clothes torn and full of blood,” said the criminal brigade (DCI) in adding that traces of hyenas had been found on the ground in the surroundings.

Incursions of wildlife into populated areas have increased in recent years in Kenya as urban development reduces their areas of habitat and migration. A leopard was discovered in a house in south-eastern Kenya on December 17, after exiting Tsavo National Park. Rangers in the park were able to capture him alive.

In July, a lion escaped from Nairobi National Park caused panic in a district in the south of the capital. He too had been put to sleep by rangers from the park where they had brought him back.