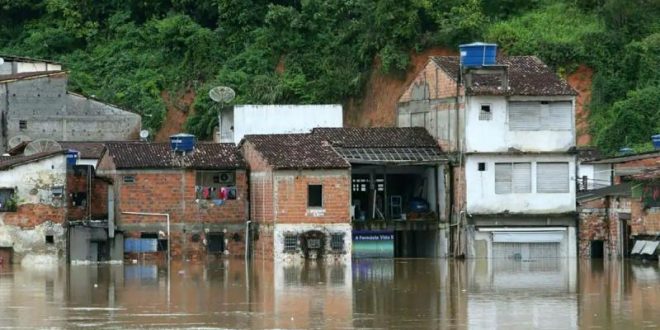 Torrential rains in the northeastern Brazilian state of Bahia, killed at least 18 and injured some 286 others, where 58 municipalities were flooded and 35,000 displaced, since November, local authorities said on Sunday.

According to the Civil Protection of Bahia (Sudec), in addition to these 18 deaths, two people remain missing, 19,580 were displaced and 16,001 had to request shelter, bringing to about 35,000 the number of people driven from their homes by the climate phenomenon.

“It is a gigantic tragedy. I have no memory of anything of this dimension in the recent history of Bahia. The number of houses, streets and towns completely under water is truly terrifying,” said Governor Rui Costa, who flew over the disaster areas in southern Bahia on Sunday morning.

Since Saturday, a joint operation has been held between the Federal State and the State of Bahia mobilizing personnel, helicopters and equipment to come to the aid of thousands of inhabitants trapped by the floods.