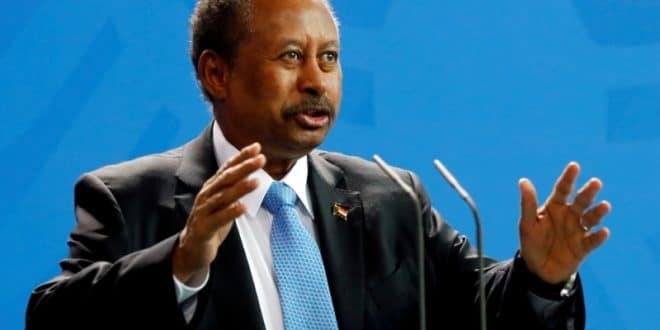 The Sudanese Prime Minister Abdalla Hamdok has told a group of national political and intellectual figures that he intends to resign in the coming hours, Reuters agency reported.

Hamdok was reinstated on November 21 following a coup a month earlier that saw the military take power and end a transitional partnership with political parties.

On Saturday, hundreds of thousands of people marched on the presidential palace rejecting both military rule and Hamdok’s decision to return, which he had said he took to preserve gains made during the transition and to end bloodshed.

Sources close to Hamdok had said previously he would only remain in office if he had political support and if the agreement was enforced. It called on the military to release political detainees, protect freedom of expression and allow Hamdok to independently appoint a new cabinet, Reuters reports.

The group Hamdok spoke to on Tuesday called on him to stay in his position but he insisted he would leave, the sources added.