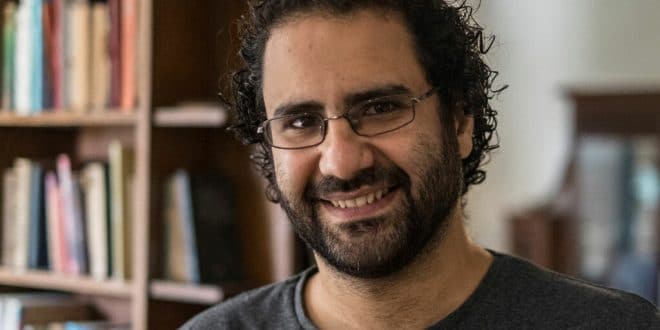 Two other persons including blogger Mohamed Ibrahim and lawyer Mohamed El-Baqer, who faced the same charges, were sentenced to four years.

Abdel Fattah’s family have complained about the conditions of his detention.

“He is denied access to books, a radio, a watch, and he is banned from walking (outside his prison cell). He does not leave his prison cell at all except of when we visit him or if he is going to prosecution or court,” Abdel Fattah’s mother Leila Soueif said before the hearing.