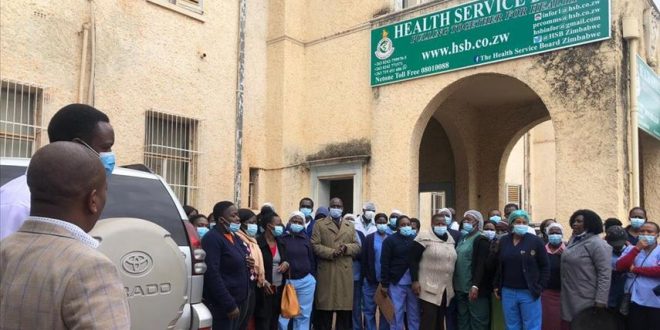 Zimbabwe hit by exodus of health workers amid Covid

Zimbabwe has been hit by a huge exodus of health professionals amid the Covid-19 pandemic, with more than 2,200 leaving to take jobs in the US, UK, Australia and neighbouring states, according to the government’s Health Service Board, the BBC reports.

This is more than double the number of doctors, nurses and pharmacists who left last year, and three times the number that left in 2019.

Despite repeated government promises to improve wages they remain low. An average worker in the public sector takes homes less than $200 a month, while in the UK – which relaxed visa restrictions for health workers in 2020 – they can earn 10 times as much.

Officials say the exodus has affected an already fragile health system, which suffers from a lack of medical equipment and medicines.