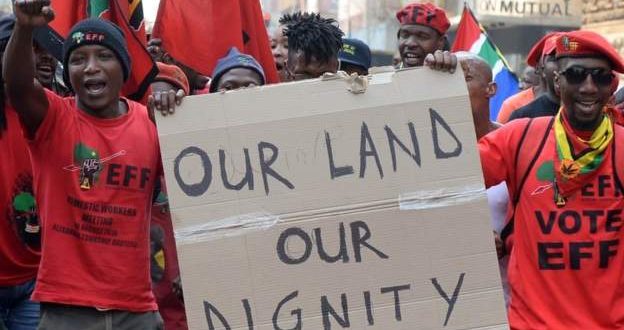 South Africa’s parliament has failed to secure the two-thirds majority it needed to amend the constitution to pave the way for land expropriation without compensation.

During a debate on Tuesday, ruling Africa National Congress (ANC) party MP Mathole Motshekga, who chaired the committee that drafted the bill, said parliament had the opportunity to address a “crime against African humanity and dispossession of land”.

Two main opposition parties – the Economic Freedom Fighters and the Democratic Alliance – did not support the amendment.

EFF leader Julius Malema said the process was a complete failure because the ANC introduced a “nil compensation” clause which is not what the party wanted.

The DA said the amendment would be detrimental for South Africa.

The country’s white minority is believed to have a disproportionate hold over land, with a few thousand white commercial farmers possessing the most fertile land.

However, critics fear expropriation could lead to land grabs, as happened in neighbouring Zimbabwe.