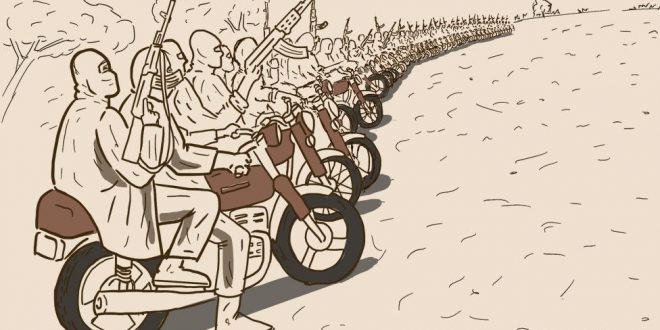 Nigeria: dozens of people killed by armed men on motorbikes

The state governor, Aminu Tambuwal, who confirmed the attacks in a statement, said 13 of the victims were killed in the town of Illela on the border with Niger.

Two others were killed in a separate attack in Goronyo – a town where armed men carried out a massive attack last month, killing more than 40 people at a market.

Reports indicated many residents have fled their homes following the latest attacks.

The region is grappling with a wave of killings and kidnappings for ransom by armed gangs, which continue despite the deployment of thousands of security forces, BBC News reports.

Over the weekend, militants affiliated to the so-called Islamic State group killed several members of the Nigerian security forces including an army general in an ambush in Borno state.