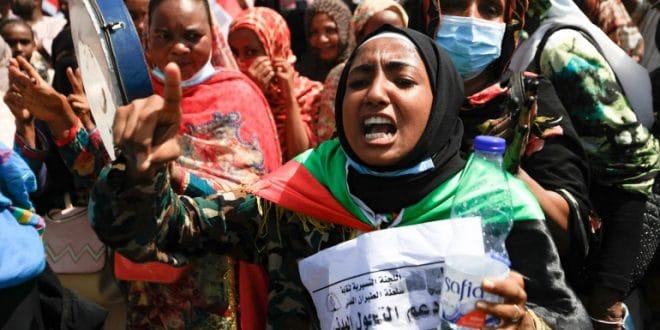 We want to see a Sudan where people are free – protester

Duaa Tariq, a human rights defender and artist, is one of those protesting in Khartoum today and she’s been speaking about what’s been going on.

“There is a lot of confusion, fear and also solidarity on the streets… because [people] have seen signs of this coming for the last four days”.

“People were ready and the streets are all blocked with barricades. It is difficult to gather and organise… because of the internet blackout.”

“We want to see a Sudan where people are free… we don’t want military rule to be back after all we’ve seen.“