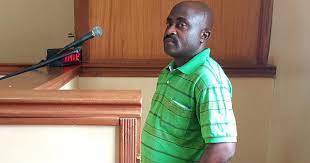 Uganda: a police officer sentenced for killing a motorcyclist

Corporal David Ssali was convicted of murder on his own plea of guilt after noticing overwhelming evidence against him from prosecution, police CID spokesperson, Mr Charles Twiine said Monday, DailyMonitor reports.

Ssebulime, 40, who was riding a motorbike, was arrested and handcuffed before being shot dead by police on March 24, 2019, on suspicion that he wanted to assassinate Idah Nantaba .

In the aftermath, Ms Nantaba and three police constables; Ronald Opira, Edward Cherotich and Ronald Baganza were also sued by Ssebulime’s family for their involvement in the shooting that claimed Ssebulime, a single father of two, the website reports.