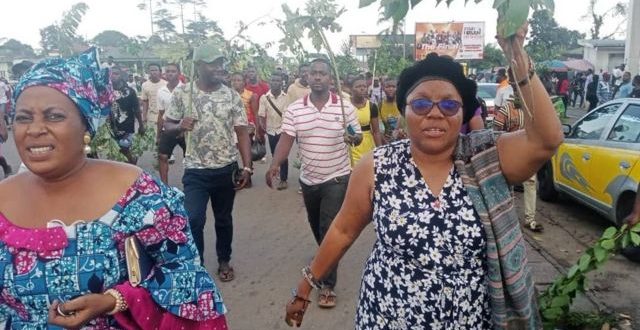 The shooting dead of a schoolgirl by a policeman in one of Cameroon’s English-speaking region has sparked protests and tension in the troubled area.

The girl, who was five according to the Reuters news agency, was travelling a car towards a checkpoint in the city of Buea when a policeman opened fire.

“The gendarme stopped the car which refused to obey and he opened fired on the car. A child who was being accompanied by her parents to school died,” an unnamed senior official is quoted by Reuters as saying.

The AFP news agency says the policeman was attacked by the angry crowd.

Protesters were also waving 500 CFA franc notes ($0.88; £0.64) which they said was the amount the policeman had asked from the car driver as a bribe, Reuters reports.

“We urge the public to be calm. This is a sad and unfortunate incident,” Southwest Region governor Bernard Okalia Bilai said.

Buea has been at the centre of a movement calling for the secession of Cameroon’s two English-speaking regions.

The regions have been torn by separatist violence since 2017.

The conflict has already killed more than 4,000 people and displaced tens of thousands others, according to the International Crisis Group.