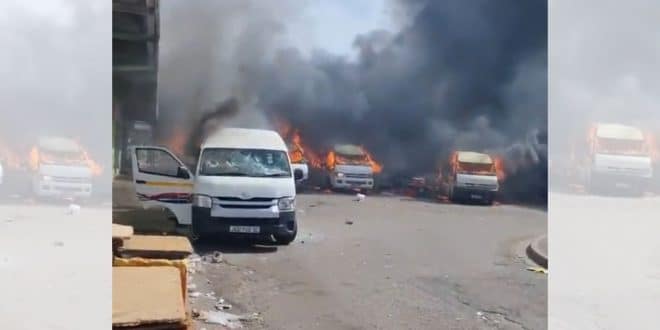 This comes amid heightened tension in the area after eight taxis and two cars were set ablaze following a confrontation between taxi drivers and some foreign nationals.

But it is not clear if the two incidents were related, the report adds.

“Somalian” is trending on Twitter in South Africa as people discuss the incident and suggest that community tension is at the root of the issue, BBC News reports.

Somali-run shops have been the target of violence in the past in the country.