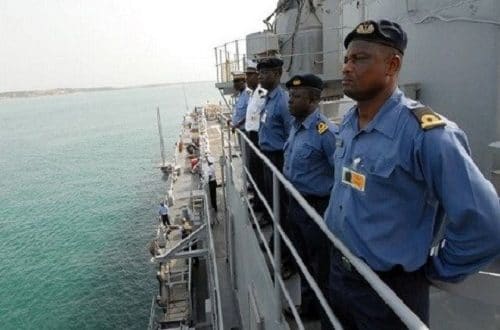 Navi in Ghana has foiled an attack on a fishing vessel in the Gulf of Guinea, a statement from the Ghanaian armed forces said.

It took place about 170km (105 miles) from the Ghanaian coast where pirates in two speedboats attempted to board a tuna fishing boat.

The navy patrol successfully intervened and there were no casualties, the authorities said.

In the statement, the armed forces also said that the navy had decided to deploy armed personnel on fishing vessels that operate off its coast in an effort to curb piracy.

The idea is aimed at “ensuring a safe and secure maritime environment for the smooth operations of fishing and commercial vessels”, it said.

The navy has also recently doubled its patrols to deal with a growing number of pirate attacks.

The Gulf of Guinea is considered one of the most dangerous places in the world at the moment when it comes to piracy.

West African countries have joined forces in the hope of showing the pirates that the days of easy money on the high seas are coming to an end.