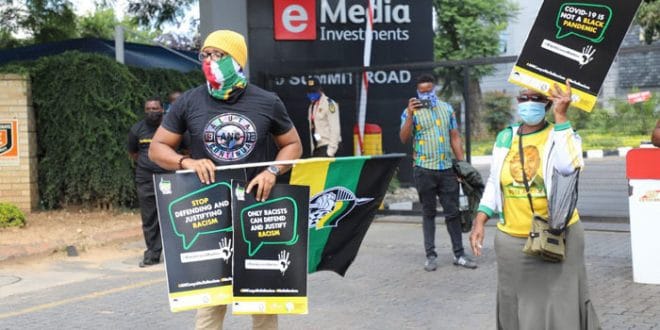 The South African ruling party African National Congress (ANC) has accused the largest opposition party of inflaming racial tension with its choice of election posters in an area where more than 30 people were killed during unrest in July.

Earlier this week, the Democratic Alliance (DA) put up posters around the town of Phoenix in KwaZulu-Natal province which read: “The ANC called you racists, the DA calls you heroes”.

The opposition party defended the move, saying it wanted to honour those who had stood up to protect their properties from looters, BBC News reports.

Many of those who took up arms in the Phoenix area were South Africans of Indian descent, whilst most victims of the killings there were black.