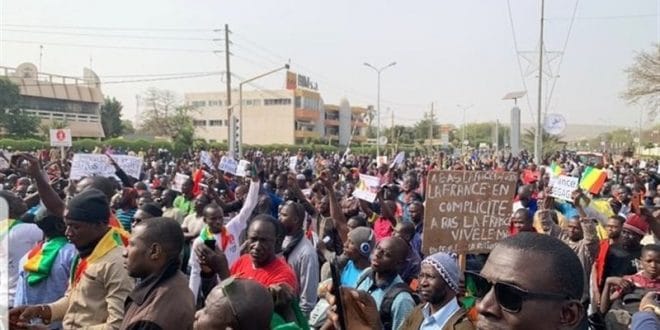 Mali: thousands in the streets to protest against French interference

Thousands of Malians were in the streets of the capital, Bamako, to protest against French interference and call for closer relations with Russia.

The protest follows diplomatic tension between Paris and Bamako after Mali’s interim leaders acknowledged that they were in talks with the Russian mercenary group Wagner.

The march was organised by the Yerewolo movement, which is opposed to the presence of French forces in Mali.

Read also: South Africa: Women should only have sex with vaccinated men

Referring to the launch of the French military operation against jihadists in northern Mali in January 2013, its spokesperson Siriki Kouyaté told the AFP news agency that “France and the international community have had nine years without results, without security, without protection of people and property”.