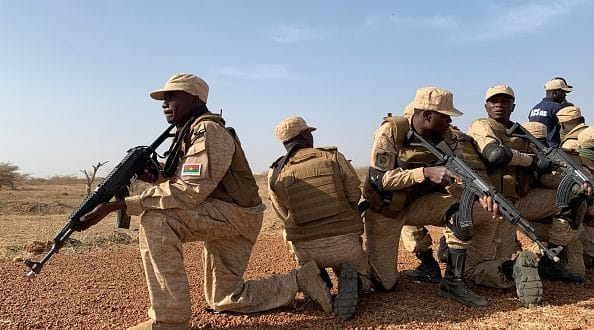 Army officials in Burkina Faso said an ambush on a military convoy escorting fuel tankers from a gold mine near the border with Niger has left six officers dead.

Seven other people were injured after the attack allegedly claimed by jihadists.

Two years ago 39 people were killed when a convoy of vehicles from the same mine was targeted.

That incident shut down production for almost a year.

Since 2015 attacks in the country by groups linked to the Islamic State group and al-Qaeda have killed more than 1,500 people and forced more than a million people from their homes.