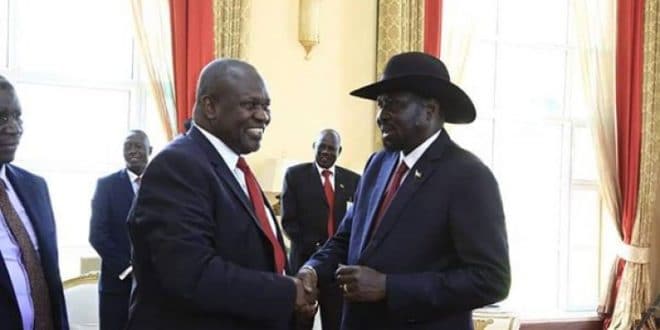 The UN mission in South Sudan has urged the unity government to urgently resolve a fresh conflict in the Tambura area of Western Equatoria state.

On Monday, there were reports of sporadic shooting between groups there.

The UN’s peacekeeping mission, Unmiss, says this has endangered the lives of civilians and created the risk of further displacement.

“It is also vital that political leaders at the national and local levels take urgent action to resolve tensions and bring communities together to avoid further loss of life, homes, and livelihoods,” Unmiss head Nicholas Haysom said.

Mr Haysom said insecurity had forced more than 40,000 people to flee their homes.

He added that the situation had continued to increase the demand for humanitarian aid at a time when resources were already stretched.

The opposition governor in charge of the state accuses prominent politicians from Tambura of fomenting the trouble in the area, an allegation they’ve denied.

At least 14 people were killed in the latest wave of violence in Tambura on Monday, according to Eye Radio.