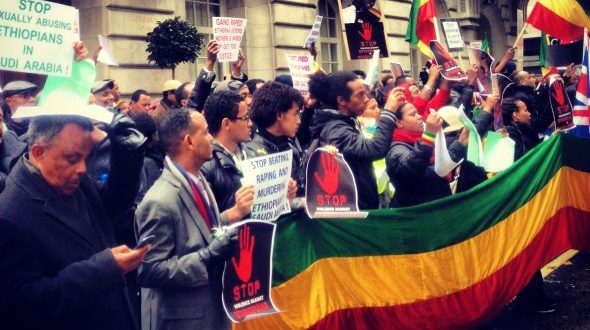 Jonathan Carreidas 23 August 2021 Africa, In the news Leave a comment

In Ethiopian capital Addis Ababa, demonstrators have gathered outside the Saudi embassy to condemn alleged human rights abuses against Ethiopians living in Saudi Arabia, according to local media.

As reported by Fana Broadcasting Corporation, they called on the Saudi government to stop cruel acts against Ethiopians, including arbitrary arrests, detention, unfair trials and torture.

Let’s remind that hundreds of thousands of undocumented Ethiopian migrants have been repatriated from Saudi Arabia and other countries in the Middle East in recent years.