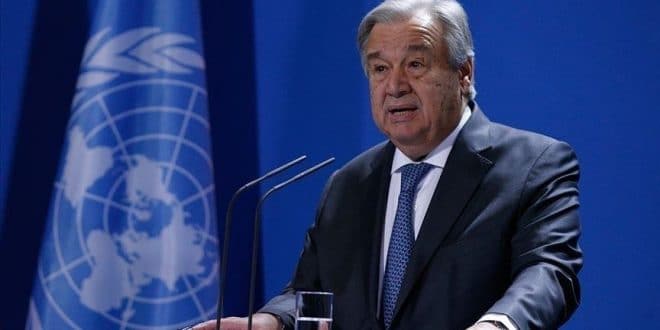 Ibrahim AMEDAHEVI 16 August 2021 Asia, In the news Leave a comment

United Nations Secretary General Antonio Guterres on Monday called on the international community to unite to “remove the terrorist threat” in Afghanistan after the capture of Kabul by the Taliban.

After successfully driving out the Afghan president, the Taliban now have control of the country.

Concerned, Antonio Guterres, the UN Secretary General called for a union to fight terrorism on all levels in Afghanistan.

“The international community must unite to ensure that Afghanistan is never again used as a platform or a safe haven for terrorist organizations,” Guterres said at an emergency council meeting of security.

Let’s remind that the Taliban first controlled the country from 1996 to 2001, applying the most rigorous Islamic law. We note in particular the closure of classes for girls, or the destruction of the Buddhas of Bamiyan, in March 2001, any representation of a human form being considered an affront to Islam.

Read also: US special forces to be deployed in DR congo to fight militants

They will be ousted from power by an international coalition led by the United States. Their crime? Having accommodated the leaders of Al-Qaida, responsible for the attacks of September 11, 2001. Since then, the Afghan army has stood up thanks to American support.