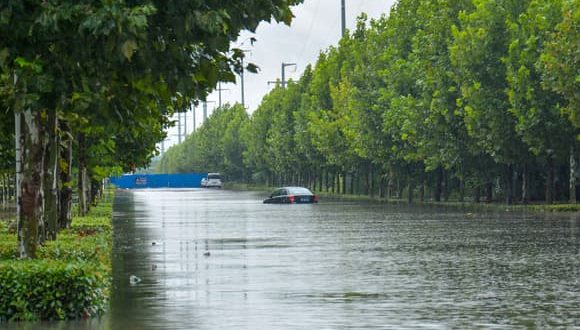 Ibrahim AMEDAHEVI 13 August 2021 Asia, In the news Leave a comment

Hubei province, located a thousand kilometers west of Shanghai, has been hit by heavy rains since Wednesday.

The locality of Yicheng was particularly affected with a record of more than 400 mm of precipitation in one day Thursday, according to the national television CCTV.

Images showed the city’s main arteries submerged by a torrent of muddy water and homes surrounded. Rescuers evacuated residents with waist-deep water at night, while other residents took refuge in the shovel of a bulldozer.

Read also: A journalist jailed in Algeria for covering protests

Bad weather in Hubei caused landslides, destroyed hundreds of homes and resulted in the evacuation of nearly 6,000 people, according to the provincial Emergency Management Bureau.