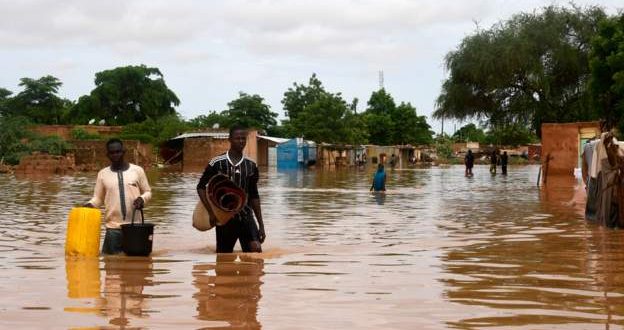 Niger : at least 52 dead in a flooding

At least 52 people have died in Niger floods with 34 being injured and thousands losing their homes, the authorities say.

This includes five who died between Tuesday and Wednesday after heavy rains in the capital Niamey, causing significant damage and rendering hundreds homeless.

More than 4,000 houses and 200 huts collapsed and 800 heads of livestock were washed away, according to the Civil Protection Service’s flood monitoring report.

Several regions of the country have been affected by the floods that have been occurring since the beginning of June.

The capital is among the most affected cities – with 144mm of rain recorded between Tuesday and Wednesday.

At least 70 people were killed by flooding in Niger last year and 350,000 others were affected.