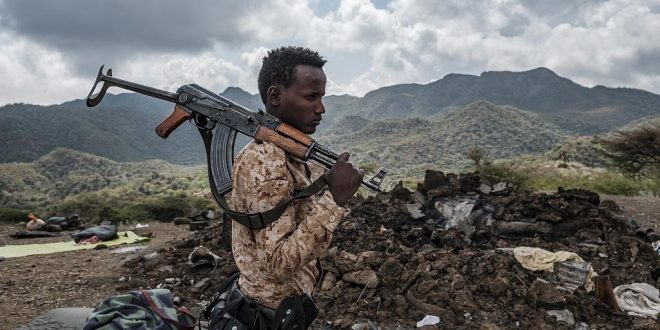 Rebels from Ethiopia’s northern region of Tigray have captured the historic town of Lalibela in the neighbouring Amhara regional state, has announced the town’s deputy mayor, Mandefro Tadesse.

Witnesses contacted by the Reuters and AFP news agencies have also reported that the rebels are in control.

Lalibela is well known for the 12th Century churches carved out of the rock and is a major pilgrimage site for Ethiopian Christians. It is also a Unesco World Heritage site.

The nine-month conflict between federal forces, and its allies, and Tigray rebels has mostly been confined to Tigray itself.

But fighting has extended to neighbouring states in recent weeks.