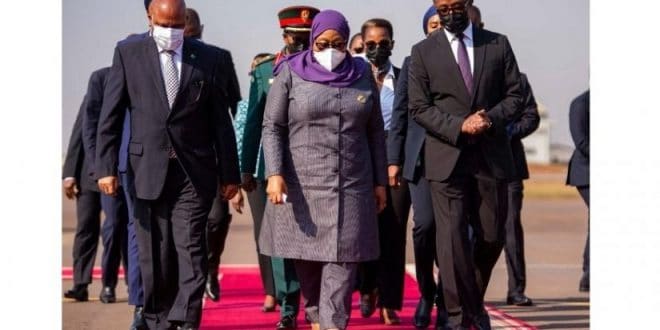 Tanzania’s President Samia Suluhu Hassan has arrived in Kigali on her first official visit to Rwanda. She is expected to hold talks and have a joint press conference with President Paul Kagame later in the day.

The two leaders are also expected to discuss the first stages of a $3.6bn railway project which was agreed in 2018.

The 532km (856 miles) railway will link Isaka in northern Tanzania with the Rwandan capital.

The two leaders will also discuss about the militant Islamist insurgency in Mozambique’s Cabo Delgado region, which borders Tanzania and where Rwanda has already deployed 1,000 troops.