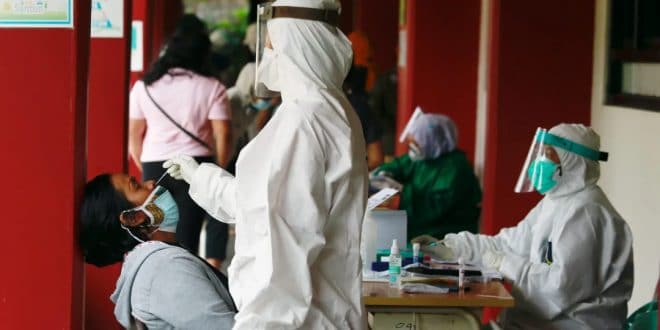 Driven by the highly transmissible Delta variant, Indonesia has over the past month been faced with an exponential surge in coronavirus cases that has overwhelmed hospitals and seen COVID-19 deaths soar to record levels.

“We can already see that the peak has been exceeded, especially in areas in Java,” health minister Budi Gunadi Sadikin told an online news conference, referring to Indonesia’s most populated island.

Indonesia launched its national vaccination programme in January, but ambitious targets have fallen short due to logistical constraints, supply issues and vaccine hesitancy.

As of August 2, less than 10% of the targeted population had been fully vaccinated, according to the health ministry.