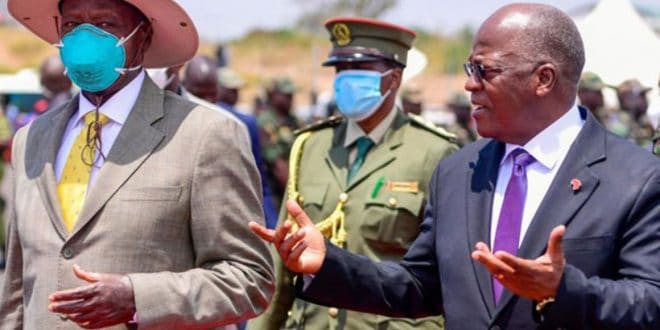 President Yoweri Museveni, a strong advocate of a unified East African states establishment has mourned the second death of a reigning president in the region within less than a year.

“I have, with great sadness, learnt of the death of His Excellency John Pombe Magufuli. We join Tanzania in mourning the passing of a great son of Africa” Mr Museveni tweeted Thursday morning.

Mr Museveni eulogized Magufuli as a “pragmatic leader who believed in and worked for the economic empowerment of East Africans.”

Bobi Wine, the Ugandan opposition leader has also expressed his sadness through this Tweet: