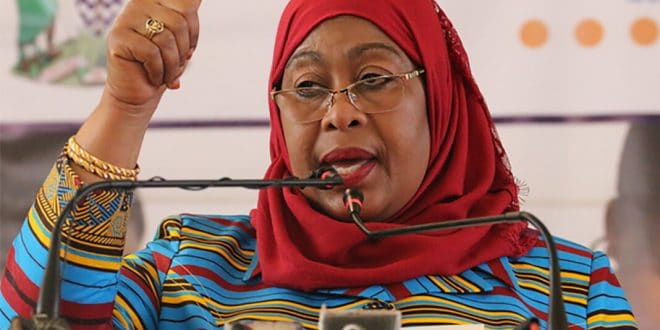 The opposition in Tanzania has called for Vice President Samia Suluhu Hassan to be sworn in immediately, following the death of President John Magufuli, BBC news reports.

It will make her the first female president of the East Africa nation and the second president to come from the country’s semi-autonomous islands of Zanzibar.

Ms Hassan rose to prominence in 2014 as the deputy chairperson of a constituent assembly mandated to lead the drafting of a new constitution.

Politicians who have worked with her speak of her leadership potential that Tanzanians have not had the opportunity to see.

Others have described her as a brave and unwavering politician. She visited opposition leader Tundu Lissu in hospital after he survived an assassination attempt in September 2017 in the capital, Dodoma.

Read also: 30 dead in clashes in the Democratic Republic of Congo

Ms Hassan is married to Hafidh Ameir and they have four children.