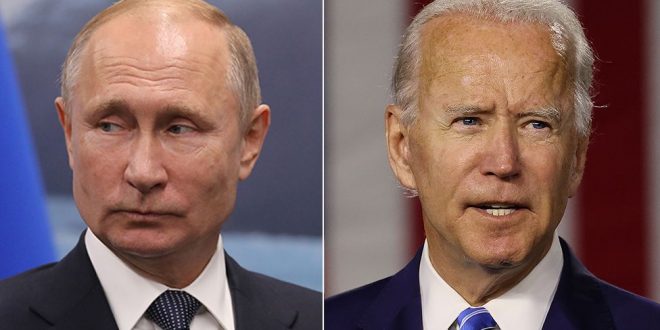 President Vladimir Putin retorted on Thursday that it takes one to know one after U.S. President Joe Biden said he thought the Russian leader was a killer and already poor relations between Moscow and Washington sank to a new post-Cold War low.

Putin was speaking on television after Biden, in an ABC News interview that prompted Russia to recall its Washington ambassador for consultations a day earlier, said “I do” when asked if he believed Putin was a killer.

Biden also described Putin as having no soul, and said he would pay a price for alleged Russian meddling in the November 2020 U.S. presidential election, something the Kremlin denies.

Putin, responding to Biden’s characterisation of him, said he knew the U.S. leader personally, and, in an apparent reference to Biden’s age (78), said he sincerely wished him good health.

Suggesting Biden was hypocritical in his remarks, Putin said that every state had to contend with “bloody events” and added Biden was accusing the Russian leader of something he was guilty of himself.