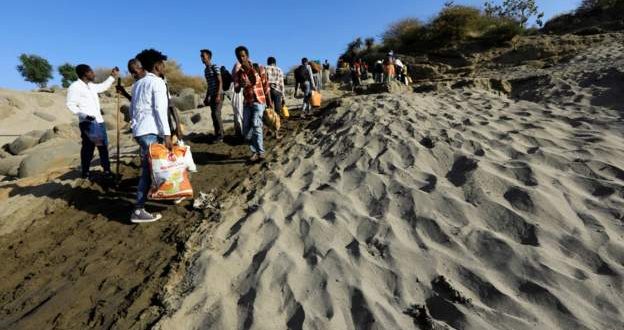 “The president is deeply concerned and highly engaged on this issue,” Ms Psaki told reporters on Thursday.

She said the president also recognised the humanitarian crisis in the region, with his administration keen to help improve the situation, including getting aid workers full access into the region.

Fighting between the federal government forces and the former ruling party TPLF’s regional forces has reportedly killed thousands of people and displaced hundreds of thousands in the region.

On Wednesday, US Secretary of State Antony Blinken said the people of Tigray had been subjected to ethnic cleansing.

The conflict started in early November, when Prime Minister Abiy Ahmed ordered a military offensive against the TPLF.

Read also: A new variant identified in Brittany, « no source of concern » for the ARS

Mr Abiy said it was in response to an attack on a military base housing government troops in Tigray. The TPLF said it had captured the bases as a pre-emptive strike as it feared federal intervention in Tigray.