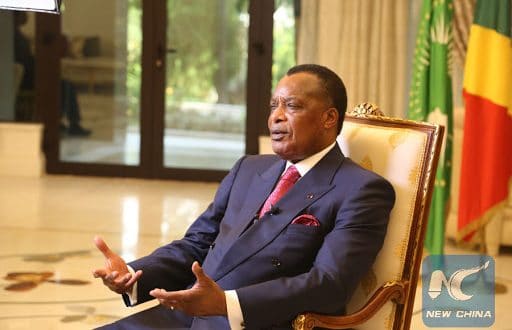 An opponent prevented from campaigning in Congo-Brazza

In Congo-Brazzaville, opponent Guy-Brice Parfait Kolélas, presidential candidate was due to travel to Ouesso in the far north of the country on Saturday (March 6) to start his presidential campaign. But when he arrived at the airport, Kolélas learned that his flight, from Trans Air Congo (TAC), had simply been canceled, without explanation.

“They were asked why the flight was canceled and there hasn’t been a convincing explanation. They just told us that the flight couldn’t stop in Ouesso and it would only continue in Impfondo. So, immediately we understood that there is something fishy, knowing that in the flight, in the manifesto, appeared Mr. Kolélas and Jean-Jacques Yhombi Opango, the president of the RDD. We didn’t get any other explanation. They just told us: if you want, we will reimburse you for the ticket; you will take the next flight next Saturday. At that point, we realized that there was something wrong. “

“Certainly,” said Cyr Rodrigue Mayanda again, “these are still obstacles that are being placed on us so that we cannot carry out our campaign plan. We will reorient our strategy and we are determined to continue campaigning. We have a plan B. This is the one we’re going to roll out. We are determined to go all the way and show that we are going to defeat Mr. Sassou-Nguesso. I think they’re panicking. They are scared. They know that victory will escape them, I can guarantee that to you ”.

The candidate of the Union of Humanist Democrats traveled in particular with Jean-Jacques Yhomby-Opango, president of the Rally for Democracy and Development, the RDD.

The two men recently signed an agreement to block President Denis Sassou-Nguesso (photo) during the presidential election on March 21.