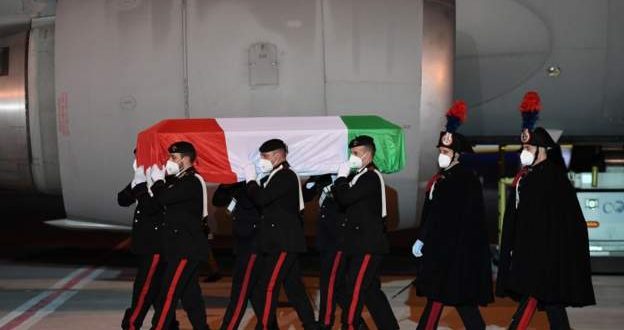 The body of the Italian Ambassador to the Democratic Republic of Congo who was killed in a botched kidnapping attempt on Monday, has been flown back to Rome.

Luca Attanasio, his Italian bodyguard, Vittorio Iacovacci, and a local driver, Moustapha Milambo, were killed in an ambush on a United Nations food convoy in the east of the country.

An Italian military plane at Rome’s Ciampino airport carrying the two coffins, draped in the national flag, was met by the Prime Minister Mario Draghi.

The authorities in the DR Congo have blamed a Rwandan rebel group, the FDLR, for the killings.

It has denied carrying out the attack