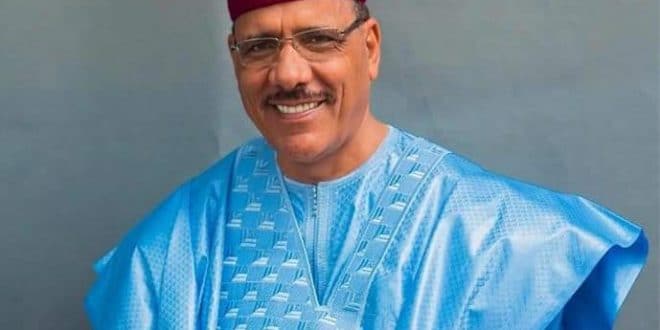 Mohamed Bazoum declared winner of the presidential election in Niger

The National electoral commission (CENI) in Niger says the ruling party’s candidate Mohamed Bazoum has won the presidential election with more than 55% of the vote.

His opponent, former president Mahamane Ousmane, alleged fraud as his supporters burned tyres in the streets.

This is Niger’s first transition from one democratically elected leader to another, with President Mahamadou Issoufou stepping down after two five-year terms.

Mr Bazoum is a former interior minister and close ally of Mr Issoufou.

Niger, which is the world’s poorest country, is struggling to contain an Islamist insurgency.

Angry supporters of Mahamane Ousmane have been protesting in opposition strongholds and near the headquarters of the party of Hama Hamadou, the former leader of the opposition.

Tyres have been burnt, and a campaign vehicle belonging to the ruling PND party have been destroyed.