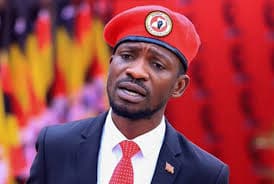 The leader of the National Unity Platform (NUP) Mr Robert Kyagulanyi aka Bobi Wine has instructed his lawyers to withdraw the presidential poll petition which he had filed in the Supreme Court, challenging President Museveni’s victory in the January 14 general election.

“We are withdrawing from the courts but we are not opting for violence. We are withdrawing the case from Mr Owiny Dollo’s court”, said Bobi Wine who has accused some judges of the court of being biased, as he announced the withdrawal of his petition.

On Sunday, lawyers of the ruling National Resistance Movement (NRM) said that Bobi Wine faces heavy financial implications if he dares to withdraw the petition challenging Mr Museveni’s victory from the Supreme Court.

“I hope his [Kyagulanyi] lawyers are advising him about this action of his because to withdraw the petition, there are specific provisions to be considered. So his casual remarks, if they are true, then they should realise that it is not a simple thing,” Mr Kihika said at the NRM party secretariat offices in Kampala.

Read more: The vaccination campaign against Ebola postponed in Guinea

In a telephone interview, Mr Anthony Wameli, one of Bobi Wine’s lawyers, revealed that his client would be willing and ready to cover the said costs if the petition was withdrawn.

“We are not worried about the costs because ultimately, we have been paying the price ever since we decided to challenge President Museveni, look at how many lives we have lost,” NUP spokesman, Mr Joel Ssenyonyi said.